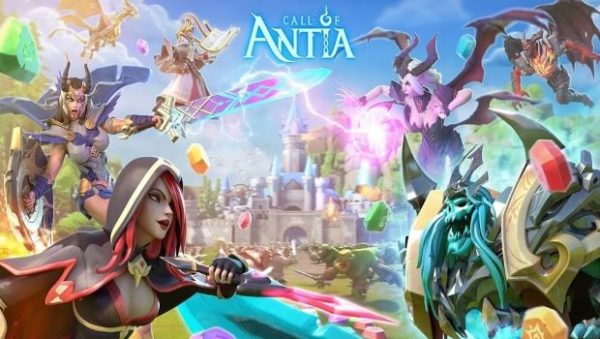 I’ve been playing video games and computer games since I was a little kid, but I must confess that I’ve never been very good at them – until Call of Antia.

It’s a game played on your phone, a Match-3 Gem game and so much more.  It’s got a story arc with great characters, each one with their own unique history and contribution to the world of Antia.  The game involves a fair bit of strategy and has a variety of venues and modes that allow you to utilize all of your heroes in ways that let each of them shine.  You can play the AI in Campaign where you follow the story of Antia, you can play other players from all over the world in one-on-one combat in the Arena, or you can join an Alliance and play co-operatively with your teammates to win at war.  You can man great merchant ships to seek your fortune on the high seas or pillage other players’ ships and steal theirs.  You can explore hidden temples and face the ancient guardians that protect the treasures hidden within them, climb the Tower of Courage for great rewards, and much more.

But the thing I like most about this game, is how responsive the game developers are to the players’ comments and suggestions and how they strive to give us opportunities to contribute to the game itself and the thriving community of international players who enjoy it.

Personally, I find myself most drawn to Aahoo and her fox friend Hikko.  She’s my favorite character based solely on her character description and backstory.  I think that the relationship she has with her mother and her people is one of the best ones in the game, with layers and complexity, yet also relatability as a story of a mother and daughter who care for each other but who don’t necessary see eye to eye.

So, when the devs announced a creator’s event in which we players were invited to write stories about our favorite heroes, I jumped on it.  Yes, the idea of earing thousands of gems was a big draw, but honestly, I just wanted to explore Aahoo’s and Kharma’s relationship and help them find their way to reconciliation by providing them a fierce and nigh-indestructible common enemy, a nightmare foe straight from their darkest legends.

And now, without further ado, I present to all of you… Outfoxed!

It’s a free-fiction story that I will be releasing piece by piece here every Monday on my Author’s Blog and which I will keep archived here in it’s proper reading order.